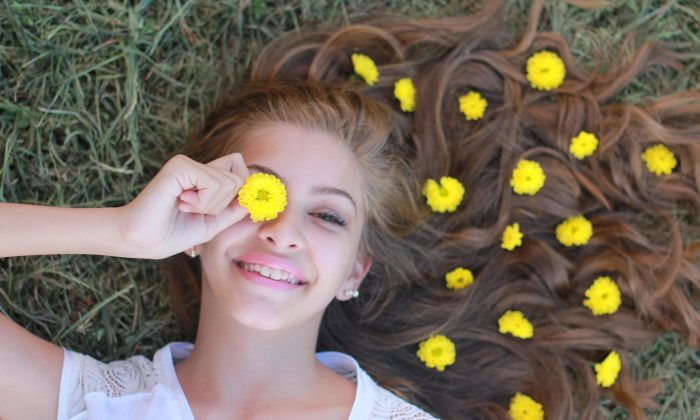 A solar term is a period of approximately two weeks based on the sun’s position in the zodiac. There are 24 solar terms in a year and these make up the traditional Chinese calendar system used to guide farming and everyday life. The calendar contributes to the ancient Chinese philosophy that living in accordance with nature will enable a harmonious life. This article series delves into each solar term and offers guidance on how to navigate the changes of season in order to live happier and healthier.

Characteristics and Meaning: “Summer Solstice” is the turning point in the balance of yin and yang elements on earth. In the Northern Hemisphere, this period in late June and early July is when the days slowly start to become shorter and the nights grow longer. Although heat from the summer sun is still building up and the earth is getting warmer, the season has begun to shift, and yin energy is now building.

A plant called the crow-dipper, native to China, Japan, and Korea, exemplifies this emerging yin phenomenon. This medicinal yet poisonous plant grows in wet and shady environments, but it only starts to grow after Summer Solstice—a time when most plants are already peaking. Kennin-ji, the oldest Zen temple in Kyoto, Japan, holds a flower festival for the crow-dipper annually, to mark the change in the balance of yin and yang.

Another manifestation of increasing yin during this time concerns the common deer. In traditional Chinese medicine (TCM), deer are classified as yang in nature because their horns grow forward. As the yin energy becomes stronger from Summer Solstice onward, deer begin to shed their horns. Elk and moose, on the other hand, are considered yin, as their horns grow slanted and toward the back. Elk shed their horns when the yang energy is growing stronger, in winter.

Traditionally, if it rains or there is thunder on the first day of Summer Solstice, it is said the following summer days will be extremely hot.

Impact on People: TCM doctors say that as the yang energy reaches its extreme, it is a good time to treat diseases left over from winter. Since winter diseases appear when one’s yang energy dips to its weakest point, one can draw on abundant yang energy during the summer. By this time, the body may have stored enough yang energy to reverse the disease and make it through the coming winter.

In TCM, the root of winter disease is often treated by identifying the proper acupuncture points or by using the correct herbs to push the disease out of the body with the help of summer’s pure yang energy.

Living in Harmony With the Season: Traditionally, it is considered a good idea to visit a reputable TCM doctor during this time, especially if you experienced health problems during the recent winter. Many Chinese people go for a checkup at this time of year.Related CoverageThis Is When Summer Begins According to Chinese Medicine

For those who were healthy and happy last winter, but who still have trouble adjusting to the summer heat, you can practice “earthing” (also called grounding). This involves walking with bare feet in nature or gently pressing the ground with the open palms of the hands. For maximum benefit, wear only natural fabrics.